The Contested Science of Maternal-Fetal Effects 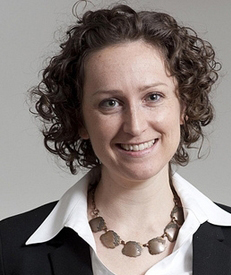 The idea that a woman may leave a biological trace on her gestating offspring has long been a commonplace folk intuition and a matter of scientific intrigue, but the form of that idea—and its staggering implications for maternal well-being and reproductive autonomy—has changed dramatically over time. Beginning with the advent of modern genetics at the turn of the twentieth century, biomedical scientists dismissed any notion that a mother—except in cases of extreme deprivation or injury—could alter her offspring’s traits. Consensus asserted that a child’s fate was set by a combination of its genes and post-birth upbringing.

Over the last fifty years, however, this consensus was dismantled, and today, research on the intrauterine environment and its effects on the fetus is emerging as a robust program of study in medicine, public health, psychology, evolutionary biology, and genomics. Collectively, these sciences argue that a woman’s experiences, behaviors, and physiology can have life-altering effects on offspring development. Tracing a genealogy of ideas about heredity and maternal-fetal effects, The Maternal Imprint offers a critical analysis of conceptual and ethical issues provoked by the striking rise of epigenetics and fetal origins science in postgenomic biology today.

Sarah S. Richardson is professor of the history of science and of studies of women, gender, and sexuality at Harvard University. She directs the Harvard GenderSci Lab.

Learn more, get in touch, and get involved!

Whether you are a researcher, a student, a community organization, or just someone interested in science engagement, we want to hear from you and work with you!